Our great friend, Heather Hudson, is set to premiere her new film, The Women and the Waves 2, in San Luis Obispo in a few short weeks on March 18. If you happen to be anywhere close to that area of the coast, be sure and check out her latest film. Tickets sold at the door so bring all your friends and line up early. The Women and the Waves 2 stars Jeannette Prince, Kristy Murphy, Mary Bagalso, Ashley Lloyd Thompson, Demi Boelsterli, and Isabelle Radis.

Film Description The Women and the Waves 2 is a documentary surf film that celebrates women and their unique approach to surfing and life. The film looks at the state of surfing today from a feminine perspective and features positive role models that give back to people and the planet. Following in the footsteps of the groundbreaking 2009 film, THE WOMEN AND THE WAVES; THE WOMEN AND THE WAVES 2 continues to explore the culture of surfing in relation to six surfers and their lives both in and out of the water. The launch point of inspiration to make this film came in the fall of 2013 when two friends featured in THE WOMEN AND THE WAVES experienced two pivotal moments in their lives. After a valiant twenty-year battle against cancer, Robin Janiszeufski-Hesson ‘Zeuf’ was a few months away from death, and Ashley Lloyd Thompson was a few months from giving birth. One goes out. One comes in. Life rolls on. Just like the waves that are eternal. When someone we love dies, we stop, breathe and reassess our own lives. Zeuf was a friend and mentor to many and an inspiration to all. We only have the present moment, so how will we live it? THE WOMEN AND THE WAVES 2 emphasizes the notion that surfing is more than just a sport; it is a lifestyle, and serves as a backdrop for connections made between people, honoring the natural world, paying homage to loved ones past, and celebrating the cycle of life. Ultimately, the film is the portrayal that a life filled with gratitude for one another and the world we live in, is a life well lived. And when the joy of surfing is added to the equation it makes life that much more sweet! For upcoming screenings, information, or to purchase the original, award-winning 2009 film, The Women and the Waves, please visit womenandthewaves.com.

Zeufy Tuesdays: Part Two in a Four-Part Series Each Tuesday Celebrating the Life of Zeuf Hesson Memories of Zeuf - by Jeannette Prince I think my first time surfing the Santa Cruz Longboard Union Contest was back in the late 80’s. There was a small group of us who surfed on Steve Walden’s longboards, and were given the opportunity to join the competition to surf against the clubs. Joel Tudor was a part of our group… I think it was his first contest. It was a packed event and the surf was about head high or so. How electrifying to be around so many great surfers from the gathered clubs from California. It was a very fresh and exciting time for longboarding. While walking around the contest site you couldn’t help but notice all the different assortment of surfboards along the rails outlining the cliffs. Surfers were clustered everywhere while hanging out and rooting for their teams. It was a wonderful melting pot of talent, surfboards, and perfect waves for a contest. There was one surfer who caught my eye, who really stood out in the crowd. She displayed an incredible head of long, tight, sun-bleached, curly ringlets that were hard to miss. I could hear someone address her as Zeuf. I found out later that she was a competitor in the event and I’m sure I surfed against her in a heat or two. I can’t remember… but I do remember seeing her and every year after that. I found myself looking for the local girls, like Jane McKenzie and Zeuf, to see who would show up for that year’s activities. They were gifted surfers and knew Steamer’s Lane so well. Zeuf always stood out… I was always curious about her, but never had the chance to really get to know her until twenty plus years later. Linda Benson decided to organize an annual surf trip that brought a seasoned group of surf women together that was an absolute dream. Never have I experienced surfing with and spending time with such elegant and talented women before. Zeuf was one of them… So many years have gone by since the first time I noticed that perfectly wild, sun-bleached hair of hers… little did I know Zeuf would become an important friend in my life. Who was she? A rare talented celebration of life who held a big heart for all… and was a caregiver to those she loved. A leader and true representative of women’s surfing. She is not gone… she is just away. She lives on in the lives of those she touched. Zeuf Hesson & Friends in Mexico - All Photos © Jeannette Prince "The photos below are all from our trips to Mexico. Along with surfing and friendships, we also have another tradition... we create a beautiful natural collage on a specific table each year we go. It's a collection of treasures we find while on our walks." - Jeannette

Zeuf and Heather from Jeannette Prince on Vimeo.

Rail Grabber - an easy and comfortable way to carry your surfboard. Designed and created by Linda Benson.

HOPE from Heather Hudson on Vimeo.

HOPE A Short Film by Heather Hudson Description: Sometimes we all need to get away to gain a little perspective... Join seven friends as they travel to Mexico for their annual surf trip of fun waves, great food, rest and relaxation. Along the way the surfers share deep and personal thoughts on the theme of "hope" for this year and the future. "My hope this year for myself is that I get to live for another year because unfortunately I have metastatic cancer. With that, every year is an unbelievable gift ...every day is a gift and for some reason I get to keep coming back." -Zeuf Surfers: Zeuf, Linda, Nancy, Jeannette, Lara, Brenda, and Heather Film/Edit: Heather Hudson, Graciegirl LLC Music: "Grab Your Board" - Written by Michael M. Lehman; Performed by Marshall Rhodes. Michael Lehman, guitar and vocals; Glenn Burke, guitar and vocals. Allan "JR" Fiedtkou, percussion. Artwork: Jeannette Prince, Cardiff Town Cards 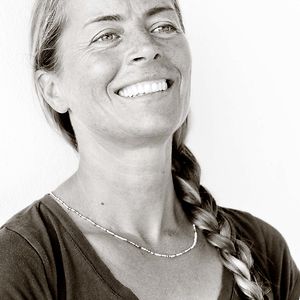 Dakine Knit Noserider Board Bag - Spare your classic longboard from scuffs, scrapes, and dings with a Dakine surf bag. Thick, high quality acrylic knit bag with UV shielding, drawstring closure, and reinforced nose. More in The Store >> * Like, tweet, post, comment or whatever. Waves are meant to be shared.
in Surf Video Clips 3 comments
May 18, 2012May 18, 2012  by Chris Grant

8 Women, 8 Days. A Lifetime of Memories. - slideshow of the first Mexico trip

Forever In Our Hearts. Remembering Diane Sanders. A Tribute From Her Friends.

Pictured: Diane Sanders on the left, spending time with her good friend, Jeannette Prince. On December 14, 2009 Malibu's Mama, Diane Sanders passed away after battling a rare form of breast cancer. Our paths never crossed in real life, only over the internet, but from everything that everyone has told us about her, Diane was a Malibu legend who touched the hearts and lives of everyone she met. Our plan with this tribute is to just let it grow at its own pace. If you'd like to leave a message, short or long, simply email it to me at chris@jettygirl.com ...and it doesn't have to be a one-time thing either, write us anytime and we'll add your thoughts to the site. Feel free to send along photos if you wish (with a caption if possible). We felt that today, Diane's birthday, was a fitting start to Forever In Our Hearts. Thank you for sharing with the world what Diane Sanders meant to you... (Note: Diane died from a rare form of breast cancer known as Triple Negative. To find out more about this form of cancer or to give a donation to help find a cure, please visit the Triple Negative Breast Cancer Foundation.)

Posted on July 3, 2011 by Cori Schumacher [Originally written on June 15, 2010] For Lady Di: "Diane had a way of making you feel important, a part of a larger dynamic and that you had a job to do just by being yourself and being present. She always had her eye out for female longboarders, especially those of us who grew up competing in the coalition contests in the early '90s. She rallied behind women's longboarding at every opportunity and was an integral part of where we are today. I stopped and listened any time that gem of a lady opened her mouth because inevitably, something sage was being said. I'll miss you, Diane, tremendously, but your spirit will persist as long as ladies glide in the ocean. Thank you for every word, all the support and for being you. I love you."

Posted on June 10, 2011 by Jeannette Prince "Was just thinking about Diane... I appreciated her friendship and always enjoyed watching her surf. WHAT A GREAT SHREDDER SHE WAS... THE MALIBU QUEEN!"
in Stories & Features 0 comments
June 3, 2011June 3, 2011  by Chris Grant

Question: What happens when a group of surfers who range in age from 36 to 66 years old, descend for one week upon an incredible beach house that is disguised as an oversized palapa and located at a picturesque Mexican pointbreak? Answer: WISDOM, INSPIRATION, FUN, LAUGHTER, WAVES, and most of all really great MEMORIES!!!

Something special happened last winter when a group of surfers experienced a Mexico trip to remember! Each day was filled with rest and relaxation, good food and surf! When you plan a surf trip, you hope for lots of waves. Fortunately, mother nature did cooperate and served up some fun surf days where love, laughter and friendship dominated the line-up. Click on the purple Play button below and see a bit of what we saw... Featured Surfers: Robin Hoyland, Zeuf Hesson, Heather Tiddens, Amy Mihal, Nell Newman, Heather Hudson, Jeannette Prince and Linda Benson. Photography by: Jeannette Prince, Robin Hoyland and Heather Hudson Words and Drawings by: Zeuf Hesson Music Performed by: Kathy Fry Slideshow Produced by: Graciegirl LLC 2011
in Stories & Features 5 comments